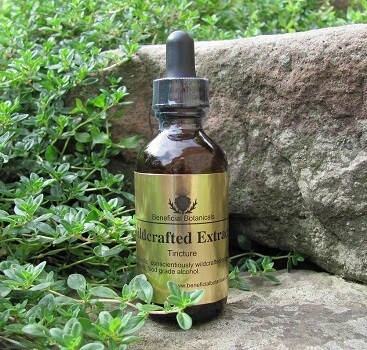 The primary use of Milk Thistle (Silybum marianum) is for liver detox and the repair of damage caused by drug and alcohol abuse. It may be used in a detox treatment for other toxins and to reduce inflammation in the liver from hepatitis. Milk Thistle seed is also the only known natural antidote to mushroom poisoning (Amanita phalloides) when given within 10 minutes of ingestion. Other uses reported include reduction of insulin resistance, heartburn, kidney damage, and inflammatory bowel disease.

Milk Thistle Seed tincture contains a flavonoid complex known as silymarin (70%-80%), which is the component responsible for all of the herb's purported medical benefits, the chemical extracted from the seeds. Silymarin is a group of flavonoids: silibinin, silidianin, and silicristin.


The primary use of Milk Thistle seed is for liver detox and the repair of damage caused by drug and alcohol abuse. It may be used in a detox treatment for other toxins and to reduce inflammation in the liver from hepatitis. Milk Thistle seed is the only known natural antidote to mushroom poisoning (Amanita phalloides) when given within 10 minutes of ingestion.

Known Dosage (for Adults)
According to "The One Earth Herbal Sourcebook" a tincture regimen of 20 to 40 drops, three times daily, is recommended.

Documentation suggests that Milk Thistle Seed can be taken long term --as long as 4 to 6 years-- but not at therapeutic dosage levels.

Milk Thistle seed is generally regarded as safe except when combined with certain drugs (see list below). Milk Thistle seed should not be used by pregnant or breastfeeding women. People with a history of hormone related cancers, including breast, uterine, and prostate cancer, should not take milk thistle. Do not take milk thistle if you are allergic to ragweed, chrysanthemums, marigolds, chamomile, yarrow, or daisies.

Possible side effects are mild and may involve stomach upset and diarrhea.

Medicine Interactions:
Antipsychotics - including butyrophenones (such as haloperidol) and phenothiazines (such as chlorpromazine, fluphenazine, and promethazine)
Phenytoin (Dilantin) - a medication used for seizures
Halothane - a medication used during general anesthesia
Hormone Prescriptions - Birth control pills or hormone replacement therapy

Medicine Interference:
Because Milk Thistle is broken down by the same liver enzymes as the following medicines, it is not recommended that you take the tincture while taking these drugs.
Allergy drugs - such as fexofenadine (Allegra)
Drugs for high cholesterol - including statins such as lovastatin (Mevacor, Altocor)
Anti-anxiety drugs - including alprazolam (Xanax), diazepam (Valium), and lorazepam (Ativan)
Anti-platelet and anti-coagulant drugs (blood thinners) - including clopidogrel (Plavix) and warfarin (Coumadin)
Some cancer drugs
Drugs that need to be metabolized by the liver

These statements have not been evaluated by the Food and Drug Administration. The information provided here is intended to supplement, not substitute for, the expertise and judgement of your physician, pharmacist or other healthcare provider and should not be construed to indicate that the use of this herbal product is safe, appropriate, or effective for you. Consult your healthcare provider before taking this herbal product.

Save this product for later
Display prices in: USD